In securing a loan from the IMF in 2009, northern Ghanaians were forced to end their prosperous rice farming and begin purchasing rice abroad 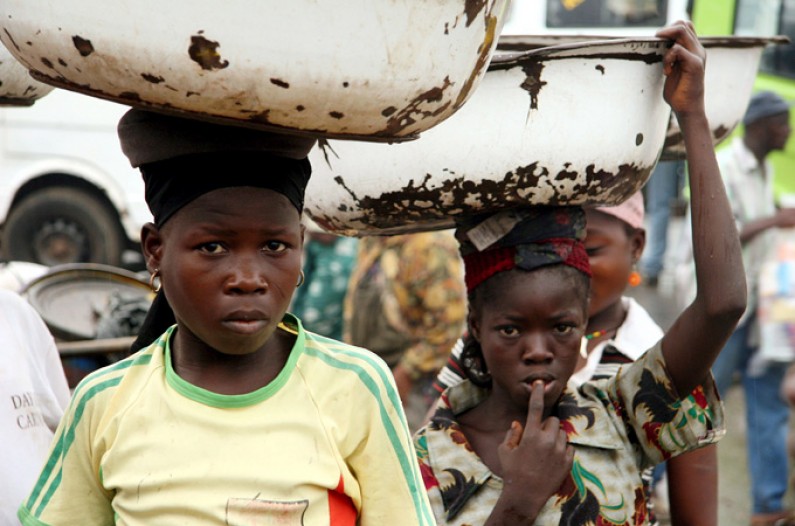 In poorly developed nations, leaders may look to foreign aid to stimulate their economies, grow jobs and provide for the citizens of their countries. However more times than not, that aid is tied to stringent, sometimes damaging stipulations that, over time, do more harm than good.

Money is often loaned from the International Monetary Fund and the World Bank, as private banks are usually not an option. These organizations’ stated goals are to “foster global growth and economic stability,”  but instead they result in the opposite, leaving countries poorer than they were before they became indebted to the institutions.

The IMF and its counterparts know that by crippling national economies, mainly those with populations dominated by  people of color, the countries remain in debt and will eventually stimulate the economies of Western nations to the detriment of their own.

As a result, the Economic Structural Adjustment Programmes (ESAP) commonly implemented by the IMF and World Bank, are rumored to be dubbed the Ever Suffering African People programs, as those are the usual results of such measures. Here are five of the countries that suffer the reign of terror known as a ‘rescue loan’ from the IMF and World Bank.

Ghana
In securing a loan from the IMF in 2009, northern Ghanaians were forced to end their prosperous rice farming and begin purchasing rice abroad. This was because a stipulation tied to the World Bank and IMF loans stated that all future funds would cease, should the Ghanaian government continue to provide rice farmers with subsidies that helped them grow at a profitable level.

Because of this stipulation, rather than boost the economy and feed its citizens, Ghana is forced to purchase rice, a natural resource that they once grew themselves, from countries such as the United States. This has led to increased poverty within northern Ghana, as well as a crippled economy with little chance of becoming self-sufficient.

Malawi
In the late 1990s, government officials provided families with free starter packages to begin planting and harvesting corn. The initiative was successful and corn was produced in surplus, assisting impoverished families.

However, after Malawi accepted aid from the IMF and the World Bank, they stepped in and ended the program, declaring that such an initiative “distorted trade.”

The IMF then forced the government to sell off  food reserves to settle commercial debts. This compliance caused approximately 1,500 deaths from starvation and famine. It wasn’t until 2005 that the president would reinstate the farming program, in defiance of the World Bank and IMF, and become the supplier of corn in Southern Africa.

Jamaica
Since accepting money from the IMF in 1977 to assist with expenses stemming from the energy crisis that caused fuel-based import expenses to skyrocket, Jamaica has become one of the most indebted countries in the world.  Poverty is at an all-time high and increasingly, many citizens are being forced to work in sweatshops.

The IMF controls the country and continues to loan it money, resulting in debt payments that surpass twice what is spent on education and healthcare combined. These IMF loan stipulations called for the abolishment of programs dedicated to food subsidies, education and exports, all of which led to an increase in food prices, imports and poverty.

Because the stipulations imposed an end to subsidies for farming and agriculture —  subsidies that could assist Jamaicans in making money to repay their debts — the island nation remains locked in a cycle of debt. High interest rates make a bad situation worse: as their avenues of making money are depleting, the money owed increases.

Zimbabwe
At the hands of the IMF,  in 1999  Zimbabwe owed $20 million a month in foreign debt. The stipulations tied to IMF loans did little to truly assist its inhabitants. As a result of these regulations, 14,000 public employees were fired, military budgets cut and the price of necessities such as petrol, fuel and electricity allowed to rise with inflation.

With poverty at such high numbers, also rising are diseases such as cholera, malaria and HIV/AIDS.  Zimbabwe is now one of the leading countries affected by HIV.

Under IMF financial imperatives, social programs stopped receiving funds to help  students with school supplies, and school fees were implemented forcing families to make up for the lost monies. As school budgets are depleted and school fees rise,  school attendance continues to decline, as do wages for teachers and administration in an attempt to bridge the financial gap.

Foreign aid is often tied to family planning, depriving women of feeling as though they have the right to choose what to do with their body. In 2002 the Bush Administration contributed to plans to deny aid or contraceptives to any organization involved in abortions. Funds donated to combat AIDS in Uganda were explicitly for abstinence-only initiatives. As a result, Uganda, which at one point had reduced HIV/AIDS to 6%, experienced a doubling of rates within the first two years of contraceptive programs being replaced by virginity and abstinence advertisements. It doesn’t stop there. The U.S. Agency for International Development’s most recent family planning program are now in favor of abortions, calling it ‘population control.’ As of 2012, this population control program was receiving approximately $24 million annually.

A recent passing of a bill declaring homosexuality illegal in Uganda has shown rifts among foreign aid donors. Prison sentences for being gay can be anything from death to a sentence exceeding 10 years, and offenses also include homosexuals gathering together. Despite ones opinions on the topic, monies  tied to stipulations such as these could mean economic turmoil in the country. Foreign aid makes up about a fifth of the country’s annual budget and the aid that is in jeopardy is allocated for programs such as healthcare, specifically for HIV/AIDS and education. The World Bank alone froze $90 million of said funds, which will affect those in need the most. Without the money to fund public programs such as health, food and education, they are likely to be the biggest sufferers, rather than the government leaders that imposed the law.