Supercar vs Hypercar — What’s the Difference? 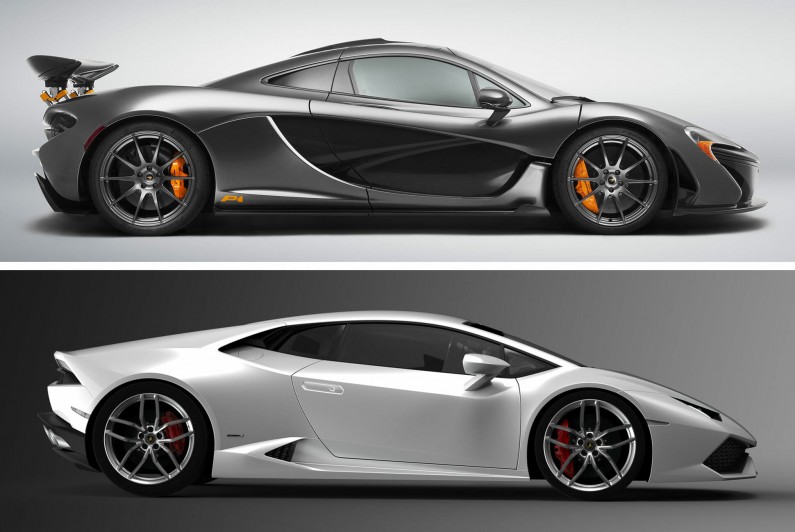 Purchasing products through our links may earn us a portion of the sale, which supports our editorial team’s mission. Learn more here.

It’s obvious to most anyone that a Corvette or Lamborghini are different than a Corolla. There are many terms thrown around to describe outrageous performance cars. But in the upper echelons of performance, things get muddy; often, we use terms like “supercar” and “hypercar” interchangeably while in practice they are two different types of cars.

Hundreds of horsepower, million-dollar price tags, lap times that make most race cars blush — these are supercars. They’re the top range of today’s performance cars, and the specs they boast outshine the best of yesteryear’s race cars. The term “supercar” is a catch-all first used in the London newspaper The Times back in 1920 to help describe the incredible 6.7-liter Ensign 6. Today, the term is used to describe cars with the best performance, technology and design that the automotive industry has to offer.

Supercars can be best defined with their most common characteristics: performance, technology, design and price. They don’t need to hold elevated status in all four characteristics to qualify, and most often performance is then used as the ultimate yardstick. Case in point, the Corvette C7 ZO6. It puts up amazing numbers and lap times and has a compelling design, but only costs $80,000, significantly lower than its competitors. Despite the low price, it’s still a supercar. The McLaren 650S has design language handed down from the P1 and sub-three-second 0-60 times but offers nothing in the way of unique or boundary-pushing technology. Also a supercar. Then you have a simplistic car like the Ariel Atom V8. There’s little to speak of in terms of design since it’s basically a cage on wheels. It also costs a fraction of the cost of any other claimed supercar, yet it can outrun most of them around a track. The Ariel Atom’s race-car level of performance makes up for the simplistic design, basic tech and relatively low price. Supercar. But, to get to hypercar status, a car has to meet all the characteristics of a supercar, and push the boundaries of performance, technology and design.

Then there is the term “hypercar,” coined to qualify the top one percent of supercars. All hypercars are supercars, but not all supercars are hypercars, and while the qualifiers that allow a car to be elevated out of supercar territory and into the hypercar pantheon aren’t obvious, it’s clear with a few examples. The Ferrari 458 is a fantastic supercar, but it does not match the technological marvel of the 1,500 horsepower Bugatti Chiron hypercar.

The McLaren P1, Ferrari La Ferrari, Porsche 918: all near 1,000 horsepower, with first-class new-age technology, million-dollar price tags, stunning design and performance rivaled only by each other. Almost every aspect of each car is an advancement in automotive technology and puts them high atop the motoring totem pole. Hypercars are the stick against which all cars are meant to be measured, and not a single compromise can be made.

With supercars becoming exponentially more advanced and better performing, qualifications for hypercar status have become more stringent. They represent the forefront of engineering and the most extreme design, but with each new generation, the outgoing tech and styling become dated. And at the same time, the critics become callous towards what we call “extreme.” Top speeds of 185 mph used to belong to only the most exotic metal. Now, cars like the BMW M5, a family sedan, can top that. It’s what causes a car like the Lamborghini Murcielago, once an undisputed hypercar, to slide down the ladder every time a new, more batshit-crazy version of the Aventador is unveiled.

Simpler performance tech pioneered by hypercars, such as movable aerodynamics, is already appearing on supercars like the Ferrari 488 GTB. Eventually, it will be the norm in the supercar world to see hybrid powertrains like the ones in La Ferrari and the P1 — though at the moment that technology is too complex and expensive to put in the higher production numbers of less exclusive supercars. The fact that the tech trickles down to supercars is also what demands hypercars to stay at the forefront. What we think of as extraordinary today is destined to become commonplace tomorrow

Credit: This article was first published on www.gearparol.com